Shepard is also a composer, arranger, orchestrator and pianist.

Thomas Z Shepard has won 12 Grammy Awards. He produced recordings of many Sondheim musicals, including Sweeney Todd, Company, Sunday in the Park with George, Pacific Overtures, Side by Side by Sondheim and Merrily We Roll Along. He also produced original cast recordings of 1776, La Cage aux Folles and 42nd Street, Ain’t Misbehavin’ and Raisin as well as the 1985 New York Philharmonic concert and  recording of Follies.

Thomas Zachary Shepard grew up in East Orange, New Jersey. His mother, Dorothy, was a schoolteacher; his father, Seymour Shepard, was an attorney. At age 11, while still attending his local public school, he began studying piano and composition at The Juilliard Preparatory Division in New York. He studied piano there with Vera Brodsky Lawrence. After she left Juilliard, he studied with Robert Riotte before going to Oberlin College and Conservatory.

B.A. in Music in from Oberlin College in 1958. He then enrolled at Yale Graduate School of Music, majoring in Composition with Quincy Porter.

In 1960, Shepard was hired as an A&R trainee for Columbia Records (now Sony); he later became the co-director of CBS Masterworks. He joined RCA Records in 1974, where he was Division Vice President of RCA Red Seal, in charge of running an international Classical label, artist acquisition, marketing and the hands-on production. He was also the recording producer of all Broadway cast albums as well as selected Classical projects with the conductor James Levine, an artist that Shepard signed to the label in 1975. who, among others, he brought to the label.

In 1986, he was appointed Vice President of MCA’s newly-created division for Broadway and Classical music.

Since 1989, Shepard has worked as an independent recording and concert producer, composer, arranger, expert legal witness, educator and pianist. He also wrote, narrated and produced The WQXR/MCA Classics Listener’s Guide (1988). He is a sought-after speaker on musical theatre and classical music. 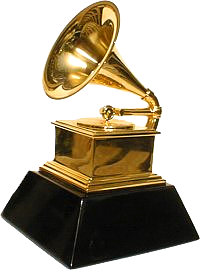 GRAMMYS AND OTHER AWARDS

2014 Sweeney Todd recording was added to Library of Congress’s National Recording Registry. Only 25 albums a year are selected
for this honor.

1984 Sunday in the Park with George: Best Original Cast Recording

1980 Opera: The Last of the Just, novel by Andre Schwarz-Bart, libretto by Gerald Walker

1973 Bartok Concerto for Orchestra: Album of the Year