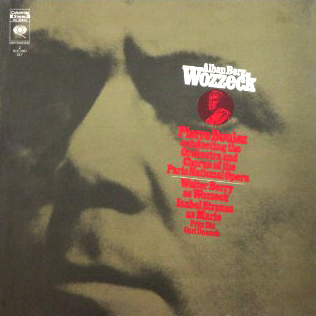 The definitive recording. No one on this planet understood Wozzeck as profoundly as the late Pierre Boulez.

Berg: Wozzeck. A Grammy winner. This 20th century opera is beautiful and complex.

CBS Records signed composer-conductor Pierre Boulez for this work—his first recording project—and sent me to Paris to produce it. Almost by chance, I had taken a one-semester course devoted to analyzing Wozzeck when I studied at the Oberlin Conservatory. So when I went off to Paris I already had a deep understanding of this work. It was a great beginning for my relationship with Boulez, with whom I worked from 1966 to 1974.