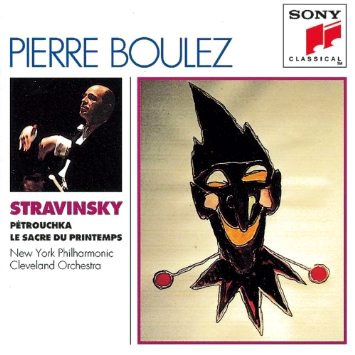 Stravinsky: Le Sacre du Printemps. Written as a ballet score, “Le Sacre” was a specialty of Pierre Boulez. With The Cleveland Orchestra, he made the definitive recording of it, resulting in more Grammys for him and for me. There is a photograph of the two of us smiling over the Grammy. PS: “Le Sacre” was a major portion of the great 1940 Disney film “Fantasia,” accompanying the history of the planet from its birth to the extinction of the dinosaurs.