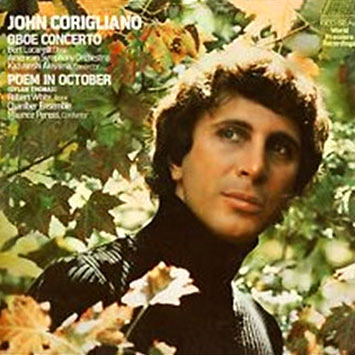 The great American composer, John Corigliano, who won an Academy Award in 1997 for his score “The Red Violin,” composed “Poem in October”, a setting of a Dylan Thomas poem, in 1970. I have always been a great admirer of Corigliano’s works.

In or around 1976, I signed to RCA Red Seal an exclusive contract with the great Irish-American tenor, Robert White. One of our earliest projects was the recording of this work. Both Bobby and John have gone on to have spectacular careers.